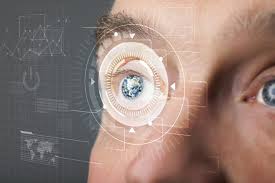 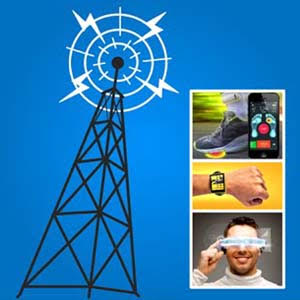 Agenda
6:30 pm Check in and Networking (light dinner provided)
7:15 pm Introduction
7:30 pm Dr. Eddy Lee Venture Capital
8:00 pm Xu Zou CEO, ZingBox
8:30 pm Julia Hu CEO, Lark
9:00 pm Greg Jones Misfit Wearables
9:30 pm Adjourn
Wearables are the next big thing. They will dramatically alter the landscape of society and business as we know it. Yet, despite the seemingly limitless opportunity of this emergent technology space, wearable devices have not yet kicked off with mainstream users and are limited mostly to early adopters, while businesses and technologists are struggling to make sense of it. About 20% of American adults own a wearable device, but issues such as price, privacy, security, lack of actionable data, and inconsistent data from such devices continue to thwart greater adoption. One-third of American consumers who have owned a wearable product stopped using it within six months, half of those with an activity tracker no longer use it.

What makes creating successful wearable products so difficult? How to keep users attached? What about health risks to the people wearing devices? How to address the security & privacy concerns? What's the general trend for incorporating the wearable devices into IoT ecosystem?
Our speakers will provide an overview of the current wearable landscape and their insights from the above perspectives.

Eddy Lee venture capital
Eddy Lee, PhD in Bioengineering, is the Head of Investments at Fenox Venture Capital and a Consulting Assistant Professor at Stanford's School of Medicine. In addition to supporting product development, operations, and M&A exits of portfolio companies, Eddy helps startups enter international markets, such as Japan, Indonesia and Singapore.
During his research career at Stanford, Singapore and Australia, he devised medical imaging technology for visualizing stem cell migration and therapy. While at Marvell and Lucent, he designed semiconductor circuits for high speed communications.

Julia Hu CEO, Lark
Julia Hu, CEO and Cofounder of Lark Technologies. Having been too often sleep deprived and dropping off exercise and diet regimens, Julia's goal is to make people happier and healthier as the CEO of lark technologies. Named Top 10 Most Innovative CE Companies in the World by Fast Company, Lark is a mobile and wireless technology company that uses behavior change to personally coach people to feel great. A serial entrepreneur, she has focused on growing early-stage startups in the consumer products and cleantech space. Prior to lark, she ran global startup incubator Clean Tech Open, her own green buildings startup, and worked in China to build consumer electronics with D.light Design.
She received her master’s and bachelor’s degrees at Stanford University and half an MBA from the MIT Sloan (a dropout, but they were kind enough to make lark a case study). She was an entrepreneur in residence at Stanford’s StartX incubator, and named Top Woman Entrepreneur Under 40 by Marie Claire Magazine.

Greg Jones Misfit Wearables
Greg Jones speaks on behalf of Sonny Vu, CEO of MisFit. Greg is the Director of International Business at Misfit where he works with design, engineering, and other Misfit teams to build the international business of highly wearable and innovative computing products.